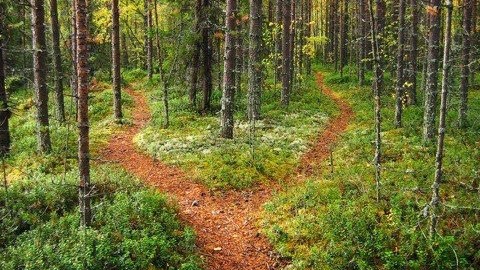 The freedom of choice has become deeply ingrained in our social fabric.  The ‘satisficing’ concept was first proposed by Herbert A. Simon, who created the portmanteau by combining the words ‘satisfying’ and ‘sufficing’. He developed the idea in 1956 as a way of explaining a particular form of decision-making known or cognitive heuristic.

Simon believed that when satisficers are presented with a decision to make, they will consider what they want to gain or preserve from a situation, then evaluate their options to find the solution that meets their requirements. On the other hand, maximizers task themselves with making the most informed, intelligent decisions; we might expect that the outcome of their approach would be superior, more satisfying decisions. Yet, this assumption has been contradicted by numerous studies, which have found that maximizers are often less effective in a decision-making environment, and suffer under the pressure of high self-expectations. Setting unachievable goals for ourselves may itself impede our ultimate goal when making choices – making a choice that we will be satisfied with.

The rational choice theory has tried to explain preference and choice by assuming that people are rational choosers (von Neumann &Morgenstern). According to the rational choice framework, human beings have well- ordered preferences- preferences that are essentially impervious to variation in the way the alternative they face are described or the way in which they are packaged or bundled. The idea is that people go through life with all their options arranged before them. They have complete information about the cost and benefits associated with each option. They compare the option with one another on a single scale of preference, or value, or utility. After making the comparisons, people choose so as to maximize their preferences, values, or utilities.

In a study done by Schwart, Barry and Ward Andrew, Monterosso, John at all; maximizers are more engage their self in social comparisons, being concerned with what others were doing, and finding upward and downward social comparison more appropriate.

Cultural influences on Satisficers and Maximizers-

According to several cross-cultural studies on individualistic and collectivistic cultures, the United States and Germany are countries with more individualistic value orientations it is being observed that people try to maximize their decision in a social context. Venezuela and India are countries with predominantly collectivist value orientations. People belong to such culture likely to Satisfies in their decisions and focus on the task itself. People from Asian culture comparatively take their decision in the context of ‘we’ instead of ‘I’. They rely strongly on the opinions of their family and friends. Cultural values will also influence selection of specific goals and decision-making strategies to solve the problem. People from the Asian cultures might: Deal with the social aspects of the problem solving skills proceeds carefully and involve others. Individualistic cultures, on the other hand. Focus on the task quickly finds a good solution.

The success of their decision making primarily depends on what is appropriate and expected in their cultural environments. These expectations might be quite different in cultures. Culture-specific expectations and values are transmitted from generation to generation and indicate which decision-making strategies are good or effective and which are not appropriate.

Culture and decision making addresses variations in how and why people from different cultures sometimes tend to decide differently. It is interesting to know that how stable the influence of these two personality characteristics (those who are maximizers and those who are satisfiers in decision situations under constraints and when the focus shifts from themselves to others?